Here’s a list of the past Soda Fountain Rag gigs: 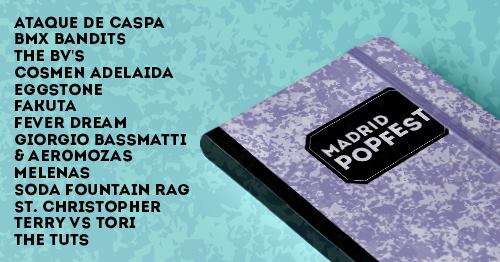 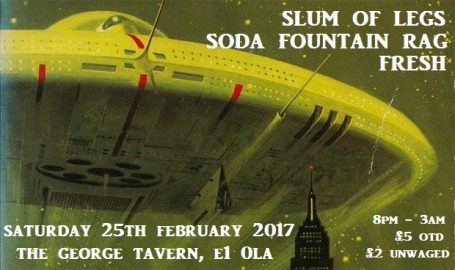 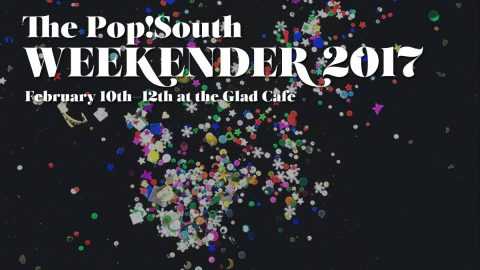 For the fourth, and sadly final, time we’re back to bring you a host of amazing bands to brighten up those dreary winter months. Between the 10th and 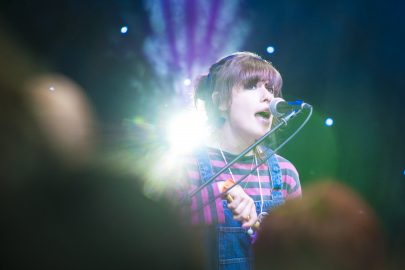 Soda Fountain Rag played at the Indietracks festival of 2016. It was pretty darn great. There were a lot (!) of people, and quite a few of them talked to me after the gig and said nice things. And I got to know that my Lovesong for the Geek actually ment something to someone, and that made me cry because I got so happy.  END_OF_DOCUMENT_TOKEN_TO_BE_REPLACED 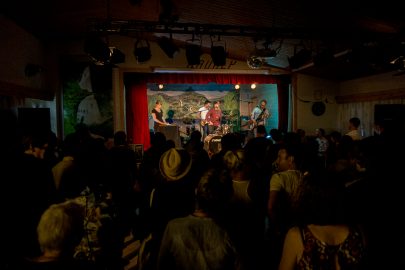 Soda Fountain Rag performed at the wonderful Indiefjord Festival of 2016. It was great to finally meet Silja, because she made the beautiful cover for Extra Life. It was also a bit weird and very nice to have my band in Norway. But, actually, the nature there was so different from everything I’m used to, and most people I talked to wasn’t from Norway, so it didn’t feel like I was as close to home as I was (I grew up only a couple of hours drive further north). I think the gig was ok as well, and I had fun (note that I’m from a place where understatements are very common, so when I say “nice” or “ok” you would probably say “amazing” or something like that). 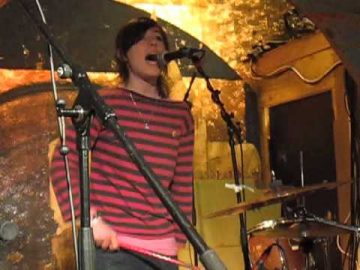 Soda Fountain Rag performed at DIY Popfest in London, 1st of May 2016. This was the first gig with Fabio on the bass – yay! (This is my fourth bass player – please don’t leave me, Fabio!) I liked the place we played, and the audience was great, and quite big. I think this gig was really important for me, because it felt like… belonging somewhere? And afterwards it felt like I was back for real.

I was in pretty bad physical shape this day, so I think I was kinda useless.

First gig with Moa and Ale (Fabio was away). It is great to play with Ale, both because I trust him endlessly, musically and otherwise (which actually needs to be the case if someone is to be my guitarist), and because he helps me with all the things I’m afraid of. Also it is So Great to finally have a keyboard player. I think everything sounds better now. The gig in Bologna was weird because we had to play very quiet, so we wrapped the bass drum in a blanket – but playing drums quietly is hard! But I think it was an ok gig, and it was so nice to see Enzo again. We drove home in the dark. I love that. I thought I should make a new song about driving (or being a passenger in a car, strictly speaking) in Italy (like Driving in your Car), so I have done that now, and we’ll see how it turns out.

Daniel came along and played guitar. I got to meet Hipsterkatten, and it was a very nice evening.
I started to think that I might be able to continue doing Soda stuff after all.

My favourite city. Good gig. Nice place – a wasserturm! And after this (though not because of this) everything fell apart.

Also on a boat in the Hamburg Hafen

On the boat “Frau Christa” in the Hamburg Hafen

Location: In the vicinity of Limoges, France

It was great to finally meet Guillaume after all these years (he released the first Soda cdr EP in 2006).
The gig was, as far as I can recall, quite good, and it was a very rural and nice area.

I think the city, and the people, and the graveyard, was perhaps better than the gig. But it’s hard to tell.

The Secret Gig, in an apartment (Bergen, Norway)

Location: An apartment somewhere in Bergen

This was a fun evening! Also this was bass player Stian’s first gig.

Support for Shugo Tokumaru, Landmark (Bergen, Norway) – Wow! What a year for SFR!

Support for My Little Pony, Hulen (Bergen, Norway) – I passed out the night before, so this was a Solo and smågodt-gig.

I felt bullied, but people said it was good.

Support for Fanfarlo,  – hmmm, but there was chocolate on the pillows.

Always great in Copenhagen, and a really nice place too.

Some videos from this gig is on youtube. A bit sad that I chose that moment to be 10kg too much.

My only impression of Rome is that it is very, very dirty.

We slept in a truly beautiful apartment with 5 cats.

Someone knew the lyrics to “The Fall”.

A cold and Christmas-esque evening.

2/3 of the band had pretty poor health, some very drunk girls from Molde danced on stage and shared a cigar with us backstage.

Indie/DIY-party de-luxe, we stayed in the best room with lots of cartoons, and we went to the Tivoli.

Playing at the castle of an old comparative religion-hero, not bad.

It smelled very much like a farm, and featured a great puppy called Molly.

My mum and dad and my best friend were all there!

Why oh why did I say yes to this gig?

Lots and lots of people.
Driving all night and being very sad (“Driving in your car” is related to this night).

One of the best days in my whole life.

I felt like a star! First time we met Zonda.

Almost dead from the flu.

At this gig Anders went off stage, through the crowd, over to the sound engineer and yelled at him because he was doing a really bad job, then he went back on stage. In the meantime I did an Axl Rose-dance.

Support for Rough Bunnies,  – With the “band” on CD,
hehe, great to meet Frida and Anna.

We won! Still waiting for quite a lot of the prize.

The only gig with a banjo!